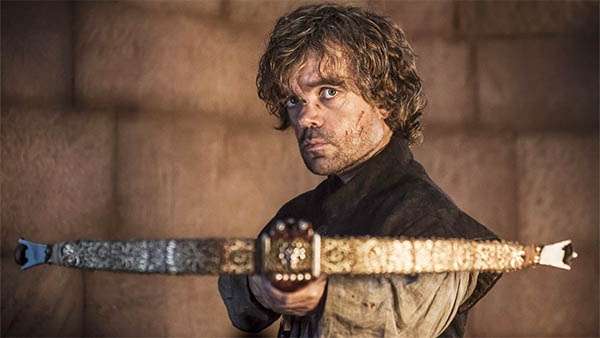 I’m going to let my dork flag fly. I have been waiting for this weekend to come for months now. As the date gets closer, I hear the theme music in my head, increasing in urgency and volume. I troll the internet searching for newly released trailers like a junky looking for a fix. This weekend the wait will be over. Game of Thrones season 5 premiere’s this Sunday, April 12th. One of my favorite things about Game of Thrones is the political interplay, the intrigue, the alliances and scheming. I’m sure we’ve all had days in the office where it feels like we’re in a sad variation of Game of Thrones: all the drama, none of the action, and smaller stakes than the Iron Throne.

But even if we can’t all be Daenerys Targaryen, Stormborn, Khaleesi of the Great Grass Sea, the Unburnt, Mother of Dragons, there is much that can be learnt from the series. These suggestions are not so drastic as throwing your wife out the Moon Door of the Eyrie, massacring wedding guests, or any action involving maiming, burning, strangling, dark magic, or White Walkers. Rather, it is the finer points of strategy that Game of Thrones has to teach us.

SPOILER ALERT. This post is loaded with spoilers. Tons of them. If you care about Game of Thrones and haven’t seen every episode (for shame!), then you may want to go on a binge watch of seasons 1 – 4 before reading any further.

Keep your word: “A Lannister always pays his debts.” A sound motto for a successful house. It is sound workplace advice as well. When your colleagues realize that you can be taken at your word, you have created the foundation for loyalty. With loyalty you can build a successful team, whether it be your company’s accounts receivable department or an army that you will lead against the North. People will also only take you seriously if you are able to follow through on your promises. You will not be able to gain the respect of your co-workers if you can’t back up what you say with action.

Lead by example: Although you can manage people through fear and intimidation tactics, a real leader leads by example and gains the respect of his or her subordinates. Tantrums and fits of rage (you know who you are Joffrey!) do not makefor a good leader and everyone can see through bluster and boasting. Create a poisonous work atmosphere and you’re likely to be poisoned.

Act the part: The members of the noble houses of Westeros are always aware that they are being watched by their enemies, their colleagues, the people, and Varys’ “little birds.” The most successful characters use this information profitably, swaying the opinions of those they want to convince and avoiding incriminating themselves in front of those that would wish them harm. Never forget that, as collegial as good workplaces can be, in every workplace your performance is being evaluated and analyzed. Drinking too much at your office Christmas party is different than having one too many when you’re out with your friends.

Fight for what you believe in: To this point, Daenerys Targaryan stands apart from the numerous other characters in Game of Thrones. She is highly faithful to her ideals, whether those be seeking her crown or freeing slaves. It is a reminder that even in a world that values the bottom line, there are things worth fighting for. You can also achieve success by fighting and winning those battles. But even Daenerys Targaryan needed a few dragons and an Army of the Unsullied to become a force to be reckoned with. If you don’t have the means and resources to acquire reptilian magical animals that breathe fire or a eunuch army, you may need to be patient and marshal more conventional tools to achieve your goals. Before you pick battles, make sure that you have the resources to win them.

Understand your strengths and limitations: You get the sense that Tyrion Lannister has only made it as far as he has (admittedly, where we left him was in a crate stowed away on board a merchant ship), by understanding who he is. He knows that while he’ll never be fighting alongside Jamie in battle, he is smarter than most of his adversaries, and he learns how to leverage that intelligence against his enemies. If you don’t think you have any limitations, then you lack Tyrion’s insight and you will always, to a degree, be fighting blind. Be honest about what you do well and what you don’t, so that you can lead with your strengths and work on your flaws.

Seize opportunities: Game of Thrones is full of characters that seize opportunity and meet with success. A sell sword defends Tyrion in trial by combat and becomes Tyrion’s right-hand man, Stannis Baratheon uses the Iron Bank’s concern about instability to finance his army, and Arya Stark uses her iron coin to find a new future in Braavos. While the workplace is more mundane, it presents its own kaleidoscope of challenge, instability, and unexpected change. Rather than curse the gods (old or new) for your misfortune, find the opportunity in these situations and seize it.

What are they thinking?: Game of Thrones is so compelling because it presents a drama of clashing self-interest between those that vie for the throne, those that seek glory, and those that seek favor with the powerful. We are presented with scenes that reveal a character’s motivations or, sometimes, the character’s motives are presented as a puzzle for us to discover. These characters are compelling not because they exist in the fantastical make-believe world of Westeros, but because they share the humanity of those with whom we live, work, and play.

Or Iron Throne, as the case may be.