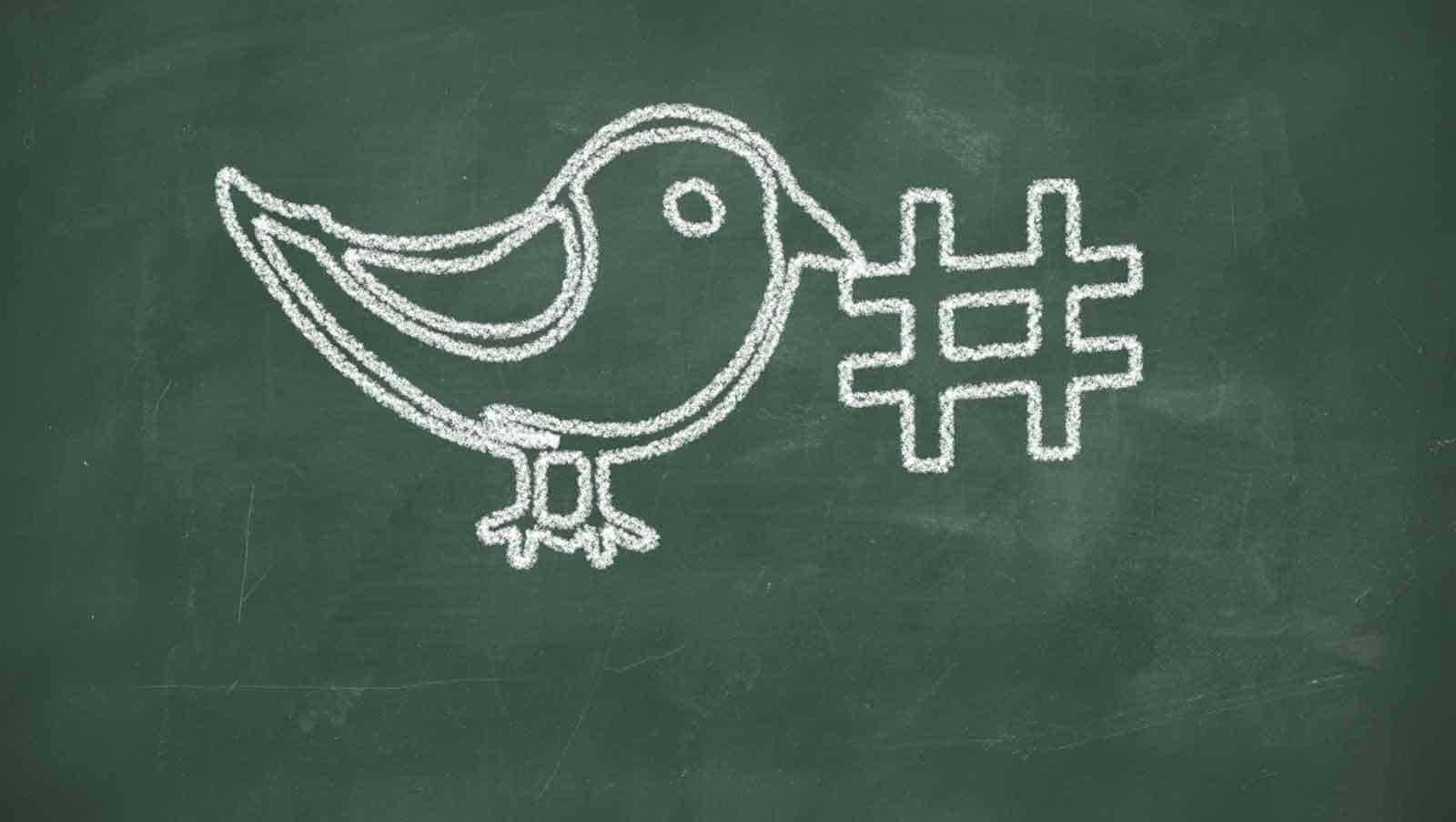 How to Manage Social Media Risk (or, Don’t put a disgruntled intern in charge of your Twitter page).

Imagine waking up one morning to find that you’ve been attacked as a tyrant over your own company’s Twitter feed. That’s what happened to Robert Duffy, COO of Marc Jacobs, when an intern that was handling the fashion house’s Twitter feed, went on an online tirade against his boss. An intern was managing the account because ironically, Duffy, who had previously handled the account, had made gaffes of his own, including posting a tweet about his lack of ideas for a fashion show coming up in a week.The social media forum that Marc Jacobs was using to promote its brand ended up tarnishing its shine.

Use of social media is increasingly important for businesses to connect with customers, generate interest in products and services, gain clients, maintain relations, increase their visibility, and engage in marketing practices. Over the past decade, social media use in American adults has increased from about 7% in 2005 to 65% in 2015. Businesses have capitalized on increased usage by jumping on the social media bandwagon. In 2013, 52% of marketers found customers via Facebook, which grew to 70% in 2014. The percentage of U.S. companies using social media marketing totaled about 86% in 2013, increased to roughly 87% in 2014, and is projected to continue to grow to over 89% in 2017.

Social media is becoming a mandatory tool for businesses to grow and succeed. While its use is expected and encouraged, companies must be careful with how they approach social media. By nature, social media sites are public platforms, which increases the chances of negative consequences from poor interactions, harmful messaging, or improper branding. On the other hand, most social media sites have an informal culture and information is disseminated in an organic way. Attempts by a business to control messaging on social media in the same way it would on broadcast media would likely fail. However, there are ways for businesses to best utilize social media and interact with users to encourage positive outcomes.

Here are four basic rules to follow when running a social media campaign.

There are hundreds of social media platforms out there, each with their own rules, etiquette, goals, audience and so on. identify what your goals are and then research the big social media platforms out there, Twitter, Facebook, LinkedIn, YouTube, Instagram and Pinterest are a good place to start. Then find out which one is right for you. If you don’t do your research, at best you will end up with an ineffectual campaign. At worst, you can end up like this guy….

Want to know why social media research is important? Just #AskBobby (Jindall that is). On June 30th, Louisiana Governor and then presidential candidate Bobby Jindal, made the ill-advised decision to run the now infamous #AskBobby Twitter campaign in which users had the opportunity to ask him anything via Twitter.

Perhaps you see where this is going. To put it mildly, the questions he received did not address serious political issues of the day. Instead the Twitter-sphere laid the digital smack-down with tweets such as:

Between Jindal’s then approval rating of a dismal 38% within his own home state and Twitter being a haven for creative mischief makers and snarky commentary, Twitter is not a safe haven for politicians on either side of the aisle.

When doing your research, you want to research not just the platforms but take into consideration what you are trying to accomplish and how you’re going to do that. Which leads me to rule #2.

All too often companies jump on the social media bandwagon because they know they are supposed to have a presence, but haven’t really thought through what they are trying to accomplish and how they are going to go about doing that. Here are just a few of the questions to ask in defining that strategy:

Employees need to understand what they can and cannot do on social media as it relates to the company as well as what is off limits for posting. This can be tricky as Marketing and sales need to utilize social media to increase visibility can sometimes conflict with a company’s need for confidentiality in certain aspects of the company such as product development. If you do not clarify with employees what they can post, you could, for example, risk releasing information your competitors can consume and use against you. We’ve previously covered the intersection between social media and trade secret law here.

Many company policies allow employees to associate themselves with the company they work for when posting on social media sites, but state they must clearly brand their online posts as personal and purely their own. Most businesses do not allow publishing of sensitive or proprietary information pertaining to design plans, internal operations, or legal matters and insist on proper observation of copyright and reference laws. Companies do not want to be held liable for any repercussions the employees’ content, so most companies do not tolerate posting racial, ethnic, sexual, religious, or disability slurs.

Perhaps Bob Parsons, Chief Executive and Founder of GoDaddy would have benefited from understanding mixing personal posts with your brand is a dicey proposition.

In March 2011, Parsons went on vacation in Zimbabwe and shot an elephant, then posted the image to his personal social media account. He then created a music video using footage from the elephant hunt with a caption on the screen reading. “Of everything I do this is the most rewarding.” When a wave of criticism spread across the web, Parsons claimed this should not be an issue as it was to his personal account, not the Go Daddy corporate account. Small problem. The video also featured local villagers cutting up the dead elephant parts while wearing GoDaddy hats that Mr. Parsons had handed out for them to wear for the video.

The take-away here is to make sure you have a clear, comprehensive social media policy in place so that employees–whether an admin or an executive—know what is appropriate and acceptable internet behavior.

4. Choose the right people to manage your social media accounts.

As mentioned at the beginning of this article, Marc Jacobs had to learn this lesson the hard way. Make sure someone with professional social media experience manages your sites. Social media is too important to be left to chance or someone who is inexperienced in utilizing the powerful tools that social media provides for businesses.

In addition to those managing the accounts, train any employees who will be participating in social media on behalf of your company. Your employees will have various levels of understanding of social media. Your company needs to make sure that your employees are up to speed not only on the technical functionalities of the social media platforms that you will use, but also on the culture of the platform. For example, LinkedIn tends to be a more buttoned down space than Facebook and Twitter.

Lastly, it is important to remember that even when making a mistake, most snafu’s are not the end of the world if managed correctly. As we’ve discussed before, errors can happen, but how you deal with them makes all the difference.

In February of 2011, an employee at the American Red Cross accidentally tweeted a personal message on the nonprofit’s official Twitter account that was, while ultimately harmless, no doubt embarrassing.

However, here’s where this turns from Twitter Fail to Twitter Win. Instead of letting this become a PR issue, the American Red Cross used humor and a quick response to address the tweet. The organization quickly followed-up by saying, “We’ve deleted the rogue tweet but rest assured the Red Cross is sober and we’ve confiscated the keys.”

Dogfish Head, the beer brand mentioned in the tweet, then got involved and used the #gettngslizzerd hashtag to encourage donations to the Red Cross. The Red Cross made a lot of money and Dogfish Head got free PR. All’s well that ends well.

Although the stories of companies making mistakes on social media are numerous, a risk-averse company should not shy away from participation on social media platforms. By making sure your company has the right tools, policies, contributors, and mindset you can provide a positive social media experience for both your business and customers.

Just try to avoid giving the social media keys to the kingdom to a disgruntled intern.